I was six when I went on my first diet.

It wasn't my idea. My mother was worried I was carrying my baby fat a little too long and took me to a nutritionist. Say what you will about her, but at least she consulted a professional instead of putting a toddler on paleo. I distinctly remember that nutritionist telling her my big jelly toddler-belly was really no big deal. Because obviously.

I got called "fat" a lot in early high school. The thing is, I wasn't. Not even a little bit. I've seen pictures of myself, I wasn't noticeably heavy. Years before the internet and I already learned that "fat" is just a generic insult against girl regardless of adipose tissue amount and distribution. The fact that I knew what adipose tissue was (and pontificated at every available opportunity) probably contributed more to the bullying than the perceived existence of it anyway, come to think of it.

This post isn't about that. As stated, I am not fat and I don't remember ever being fat, so it's not my place. This post is about the upshot of all the above: I didn't give a shit.

It seems incongruous even to me now. Mother putting me on diets and kids calling me fat during my formative years, that must have messed me up completely, right? I was a ball of insecurities, right?

Well, no. Not about that. Don't get me wrong, I was a hot mess of insecurities. I was the bookish kid. Books got to me a lot earlier than any sort of peer messages did, so I worried about the things those books talked about. I didn't worry about being fat. One of my favorite heroes was a fat bookish kid who was bullied mercilessly by teachers and kids and I admired him just fine. 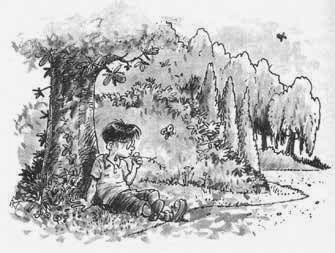 (I just noticed this now. In the text Alexander is described as being chubby to the point of straining his clothes, which his parents insist he wears, but all the artwork depicts him as a skinny nerd. Huh.)

Another one of my heroes was Yokoganga Kalamoetoe, a Gabonese girl who comes to Belgium and has trouble in school because of her background, race and perceived dyslexia. She was amazing. She was the best friend. She punched a bully in the nose and didn't care. At the end of the book, she became a park ranger and activist in Gabon to protect the rhinos and was killed by poachers. Spoilers I guess. 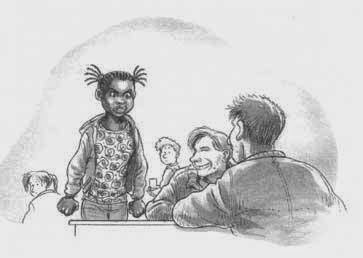 (And if you're going to Google this one, please know that in Belgium, we absolutely do put naked teenagers on the cover of our children's books. It's a cultural thing. You've been warned.)

And then there was Matilda. Of course there was Matilda. She was smarter than anyone around, she valued books more than most people (and rightly so, in her case) and she was so intellectually frustrated she could levitate things with her throbbing mind. She worried about how to be a good person and how life compares to literature. She introduced me to Dylan Thomas too. 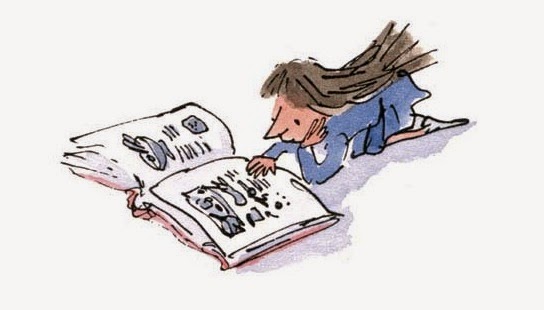 These were the people who got to me long before dieticians and fretful moms and high school bullies did. They wormed into my brain and stayed firmly rooted until, well, until today, and they're not leaving. So when I say I was insecure about a lot of things, I'm not talking about fat distribution and inexpertly applied makeup I got from our local version of Teen Magazine. I didn't worry about being pretty or thin enough. I worried that I wasn't smart enough, that I wasn't doing as much good as I could be doing, that I wasn't brave enough or didn't have enough adventures. This bit me in the ass something fierce. Not my insecurity. My lack of insecurity.

And that lack of insecurity, rather than the presence of confidence, is basically the point. I wasn't insecure about my looks, not even a little bit, despite the best efforts of the culture and my surroundings, and nothing made me feel more removed from girls my age than that little fact. The songs were everywhere back then. When I tried to move on from children's literature and started reading books for teenage girls, the main theme was always that I should love my body no matter what it looks like. Okay. And I should never give in to the voice in my head that tells me I'm ugly. Okay, done. And also it doesn't matter what other people say, I'm beautiful anyway. Yeah, okay, got it, any other messages? No? Okay then. Back to children's books it is.

This message is everywhere. Women are insecure about these things, and nobody is more insecure than teenage girls. I don't doubt that this is the case for a lot of people, but my own experiences have taught me that this is far, far from universal. You get it hammered into your head everywhere you look, including by well-meaning, compassionate people who want to do whatever they can to save girls from falling into the Cosmo-lined tiger pit of body issues. I think this is a good thing. I salute these people. Now let's have some other people as well. People who write and talk for girls like me, who don't care about their looks, aren't insecure about them and worry about other things.

Because make no mistake: the assumption that all teenage girls are insecure about their looks and all women grow up fretting about it is just another way of reducing female-presenting people to their appearance. I'm not condemning the counterweight to beauty culture. I'm just not. Body acceptance and love are wonderful things to present to all teenage people, but especially girls, in the face of the tsunami of negative body images and messages. Like putting toddlers on diets. But there has to be some room in the middle for girls who just don't give a shit one way or another. I don't want to diminish the experiences of people who grow up hating their bodies. I would just like some space for all those young girls who just don't care. This aggregate message that "all girls are insecure about their looks and need constant reassurance" smells like rotten eggs and patriarchy to me. It's monolithic. It's bad. 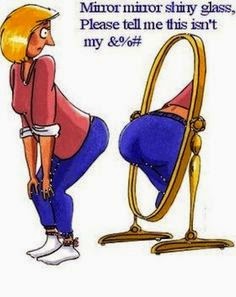 I don't think the countermessage to aggressive beauty culture is "you're beautiful no matter how insecure you feel!" That still perpetuates the false idea that beauty is an inherent value rather than a complete random result in the genetic lottery. I think it sounds more like "Pff, who gives a shit, right?" For some of us, anyway.

Me, I felt condescended to. And the strange thing was that in the face of this constant, almost hysterical reassurance that I AM BEAUTIFUL PLEASE BELIEVE THAT I was starting to feel like I was doing something wrong. I wasn't insecure. Why wasn't I insecure? Am I girling wrong? Do I not know how to girl properly? That had to be it, right?

This is very similar to the DARE effect. Years after the original anti-drug campaign, it turns out it had the opposite of the intended effect: it presented kids and teenagers with the idea that all the other kids were doing drugs, especially the cool kids, and you're kind of the weird one out if you don't. Doing drugs is the default, and you have to be exceptionally brave to just say no.

So I gave in. I learned to pretend that I was insecure. I'm not sure how many of the other girls did the same to fit in. When I was talking to them one-on-one, I don't remember the topic ever drifting towards our looks and how we felt about them. We talked about bad grades and parents getting divorced and being adopted. But in groups, where there's a lot less room for intimate topics like that, the subject always seemed to drift to a careful exploration of our own insecurities. It was a bonding ritual. Adult women do it too.

I felt left out. I didn't feel fat or ugly, not to my recollection. If I did, it was greatly overshadowed by other worries I had, like an undiagnosed mental disorder and the messages of my favorite books (be brave/be smart/be good) and church (be charitable/be a helper/be a listener) rattling around in my head. Those were the things I worried I couldn't be. I didn't want to be Kate Moss, I wanted to be Matilda and Jesus! So I clearly didn't have self-esteem problems. But I also didn't want to miss out on the bonding rituals. Friends were hard enough to come by as it was. So I threw in some sighs and mopey comments about fat ankles, or what the hell ever, and I nodded sagely when we talked about how we were fine just the way we were.

Gaze ye into the abyss and so forth.

Because what toddler diets and teen magazines couldn't do, that female bonding ritual did. I started wondering if I really was ugly and fat. Then I decided I didn't care and never worried about it again. The end.

Only, no, not really. Sometimes I look into the mirror and I still hear that collective screech of my well-meaning helpers, and it rattles me every time. YOU'RE LOVELY DON'T BE SO DOWN ON YOURSELF GIRL!!!