The Illustrated Guide to Female Power Fantasies: The Disney Princess


A lot of ink has been spilled over what sort of message the Princess narrative imparts on young girls and how is shapes their perception of romantic love and womanhood. And as a company that pretty much holds a monopoly on animated nostalgia, Disney has some pretty vested interests in this discussion. But that's not the discussion I want to get into here. We're dealing with female power fantasies.

For the purposes of this post, I'm going to be looking at the Classic Disney and Disney Renaissance movies that really cemented the formula that Disney created and crowned them the undisputed God-King of children's media for a good long while. So to be clear, the official princesses starting with the earliest feature length Disney movie and ending with the end of the Disney Renaissance are Snow White, Cinderella, Aurora, Ariel, Belle, Jasmine, Pocahontas and Mulan. (Although Pocahontas often disappears from the line-up. She's sort of a B-squad princess.) 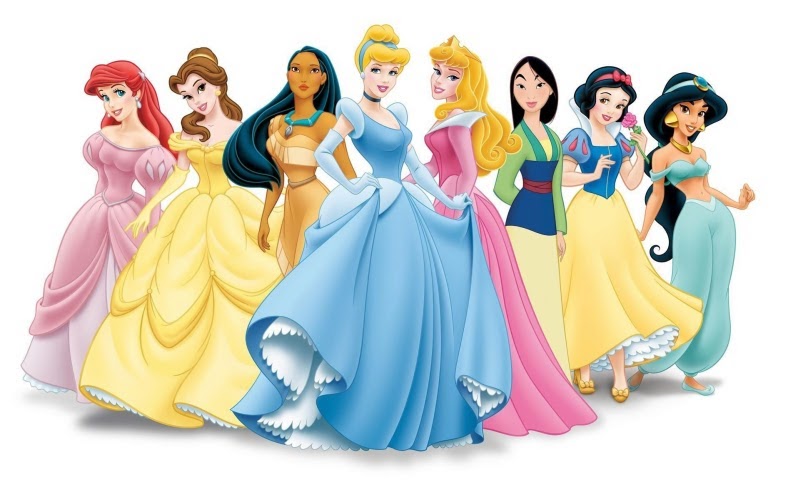 At first glance, depending on where you're looking from, there may not be much in the way of power to be gained from the example set by Disney princesses.

In Classic Disney, what the princess wanted was fairly simple: a prince. It certainly is a wish fulfillment fantasy, but not exactly a power fantasy.

A better case can be made for the Renaissance princesses. While their stories all culminate in a romantic climax at the very least, and all except Pocahontas marry or enter some sort of long term relationship with the designated love interest, they do have other motivations besides "snag myself a prince." None of these ambitions are very clearly outlined. They usually sing a song about "wanting more but nothing too specific" so we don't have to feel bad when she changes her mind right before the end and decides that no, actually, what she wanted was dude all along. They strike me as the kind of women who would greatly benefit from backpacking across Europe for a year.

So the difference is that the classic princesses wanted a prince, and really, any prince will do. The renaissance princesses don't know what they want until they see a specific dude.


You could spend years unpacking this. Taking the princesses and comparing them with each other, or the dudes they invariably end up with, well, we've got it down to a science by now. No matter which way you look at it though, it's not much of a power fantasy. That particular segment of the wish fulfillment market doesn't become obvious until you shift the focus away from them and their princes, and onto...

Well, actually, let me show you. Here's the other women of Disney, grouped by classic and renaissance: 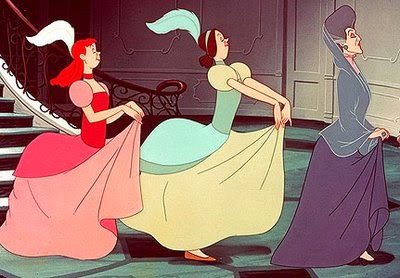 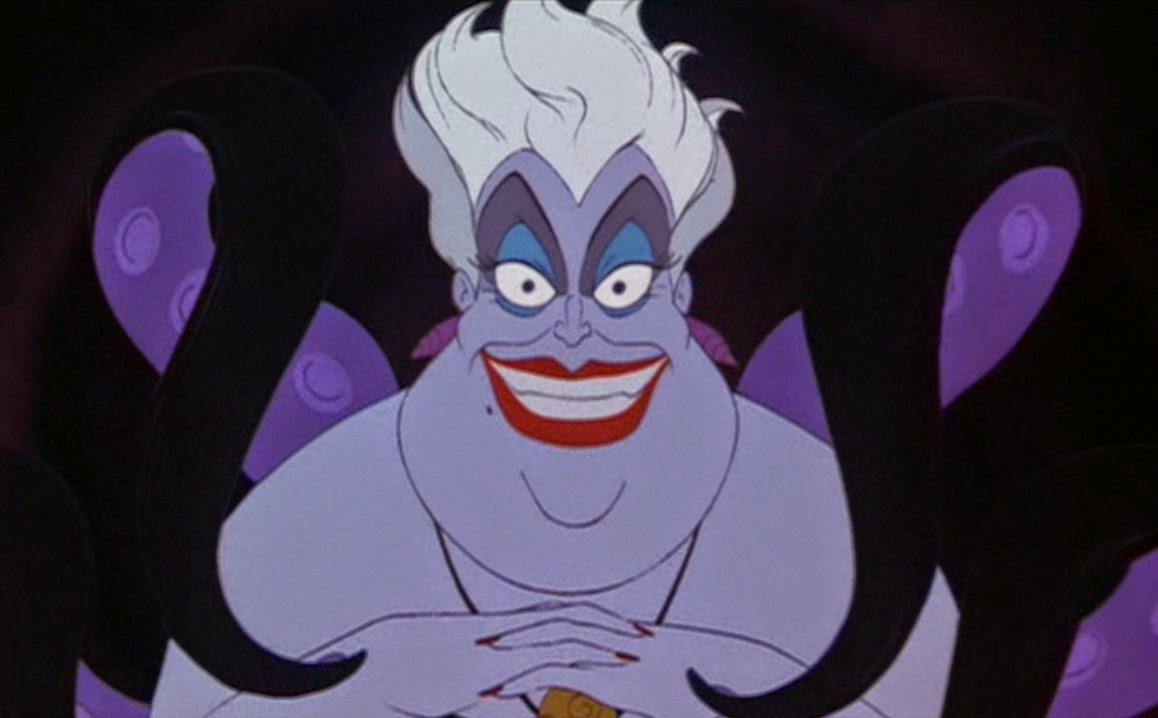 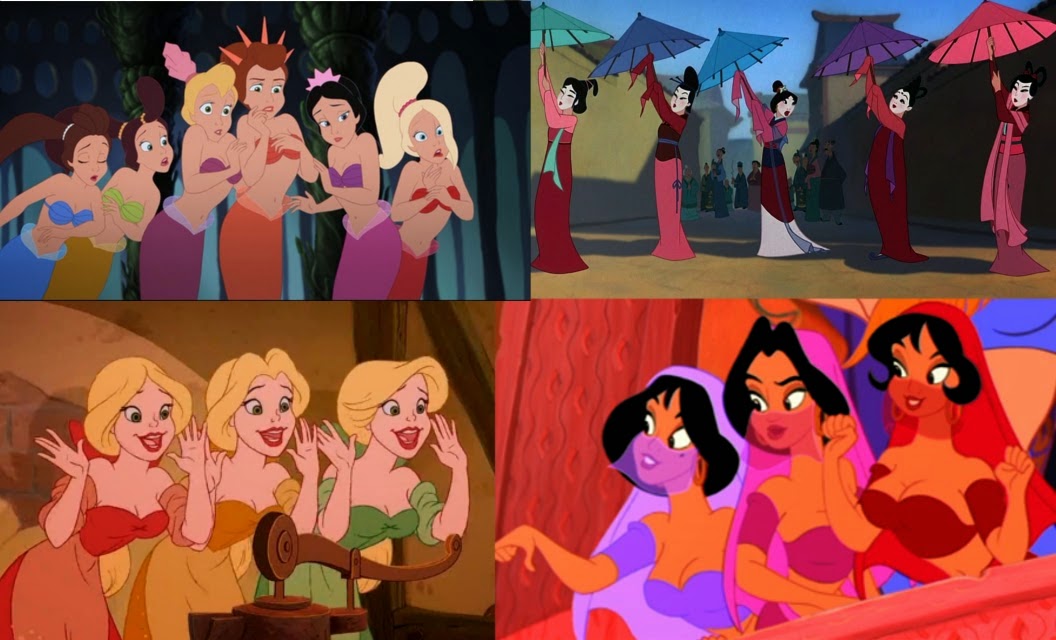 
I've gone over this in my Legally Blonde deconstruction, where I said that an Exceptional Woman Narrative is a story with a female protagonist or main character who is perceived as being exceptional at what she does (fairly or unfairly) only because the women surrounding her are somehow "less" than her. The main woman partially uplifts herself, or is uplifted, by pushing others down. She is exceptional mainly by contrast, not through any internal drive or ability or innate "specialness."

They have admirable traits of their own, but they only become truly remarkable in contrast.

The three "classics" distinguish themselves by having their admirable inherent trait be "virtue." Just... generic goodness. These are stories adapted from very old tales that were retooled through the ages to become morality tales for young women: be good, be virtuous, be patient and kind and good things will come to you. Snow White, Aurora and Cinderella earn their happiness by suffering abuse gladly. And that abuse always comes at the hands of other women. 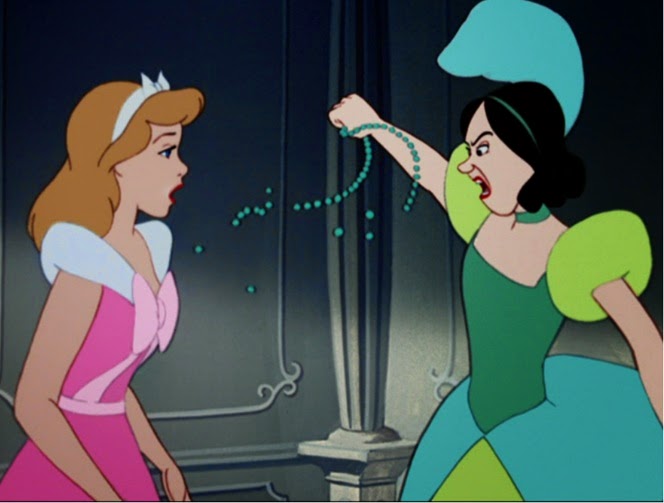 These stories are highly allegorical, with the prince representing escape from abuse by way of marriage, the princess herself representing virtue rewarded and the other women both the helpers and obstacles that test the princess's Job-like virtue.

Round comes the renaissance, and suddenly these princesses start displaying personality. Things become less allegorical and the princess is just a girl, the prince is just a dude, and everyone is presented as being people, not symbols. It starts out fairly mildly with Ariel, who has some quirks her sisters don't display, all the way to Mulan, the princess with a body count in the thousands. They each have laudable traits of their own. Ariel has intellectual curiosity and wanderlust, Belle is book smart and has a strong will, Jasmine is rebellious and questions her status, Pocahontas is accepting of strangers where others are not and Mulan is protective and brave. A whole host of other admirable traits can be ascribed to all of them. But they have one very specific thing in common: they are better than the women who surround them.

Every princess movie will contrast their heroine against other women. The three classics, where the trait to be admired is "virtue" contrast them against three women who are undeniably evil. Cinderella presents a bit of a bridge as it has the sisters in addition to the evil women, in what will become the foil to the more individualistic and fully realized princesses: their peers. 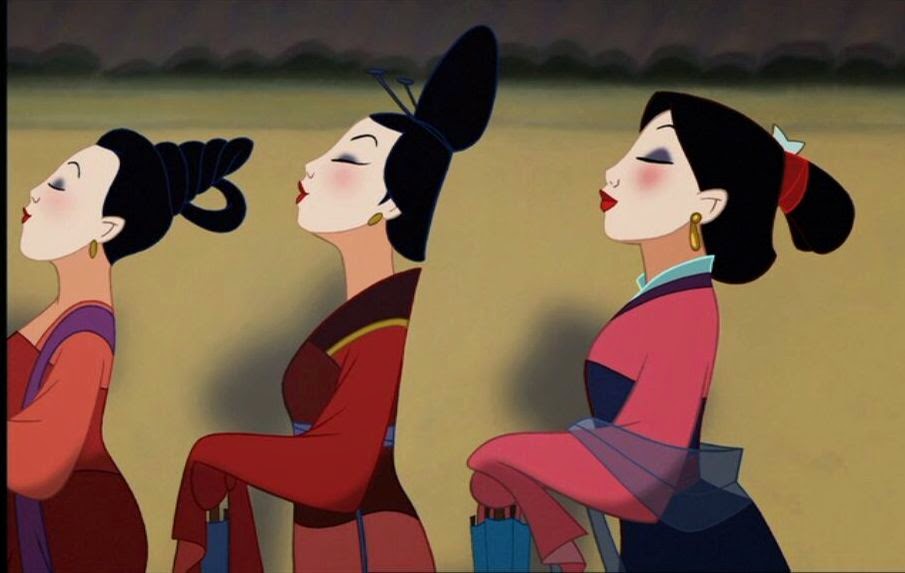 From Ariel onward, the princess movies make a point to contrast them against their age and gender peers as well as the main evil women. They usually come in groups, are almost interchangeable when it comes to their visual presentation, and they are meant to make the princess better by contrast. They're the bridesmaids in the horrid teal dresses. While in the classics the female foil is a foil in the most traditional sense of the word, an antagonist with arguably more agency and character than the princesses themselves, in the renaissance she turns into... well, all women.

The princesses are lovely ladies on their own. But they only really shine or differentiate themselves in contrast to other women, same-face cardboard cutouts who purely coincidentally represent every bad trait the princess lacks.

Ariel isn't just curious, she more curious than her sisters, who never contradict their father. Belle isn't just smart, she's smarter than her peers, who are presented as being unintelligent. Jasmine isn't just rebellious, she's more rebellious than the "harem girls" in their tower who gossip and fawn over boys. And so on.


For a feminist, I sure do love my Disney Princesses.

I think a lot of the hate Disney receives for it's mixed messages to little girls gets tangled up with its marketing, which I personally find absolutely loathsome. (But then I find all gender-essentialist marketing directed at children loathsome, so you know, context.) The movies themselves though, they're mostly okay, ignoring larger cultural context. But the princesses as characters? Nothing wrong with them at all.

As Exceptional Women, the case can be made that there is nothing wrong with implicitly telling young girls that the thing to desire is to be better than the norm and strive to excel at what you do best.


There is definitely something wrong with telling young women to see their age and gender peers as yardsticks to measure their own worth against.

Because make no mistake, the "other" women who aren't the princess are treated with all the dignity of a Cosmo whipping girl. The classic female foils were just downright evil, and a bit same-face in their own right, but at least they had goals and a personality and most importantly power. The renaissance ones are the binary opposite of the princess and are subtly or not-so-subtly mocked for their wishes and the way they present themselves. The male love interest is often shown rejecting these "lesser" women (Beauty and the Beast being the obvious exception, but there it was inverted on purpose, with the lesser women fawning over the wrong man), and they are presented as homogeneous groups of same-face girls who are almost completely interchangeable.

The promotion of female competition by society is a huge contributing factor to the continued existence of sexism. It lowers the quality of life of many, if not all women who live in that society. I've made no secret about my abject hatred of the perpetuation of the idea that women are naturally spiteful towards each other as a function of their biological sex and gender.

In essence, the Disney Princesses "win" at the great female race. They distinguish themselves from other, lesser women so much that they become better than them in every possible way and are rewarded with whatever that vague thing they wanted is. Usually a dude. Who only has eyes for the Exceptional Woman. Because only the best of all women deserves the best of all men, and to be the best in a competition, you have to first defeat everyone else. Be it by being smarter, more virtuous, braver or just different, this is how it is: first you distinguish yourself. When you are sufficiently better than them, you get your reward.