I saw Kill Bill: Volume One when I was sixteen, maybe seventeen, and I knew I had changed.

At the time, I couldn't put my finger on it. I kind of realized that I was watching the ultimate Dork Action-Porn Extravaganza. I vaguely realized this movie was made by a complete and utter nerd. I did notice that this movie was different. There were no Star Spangled Splosions, no gruff tough guy with personality of a plate of dry pasta growling sexist things at the strictly decorative "love" interest. I knew in my gut that this was a movie for My Kind of People, even if I didn't know who my people were back then. (I know now. It's dorks. Massive unrepentant dorks.) 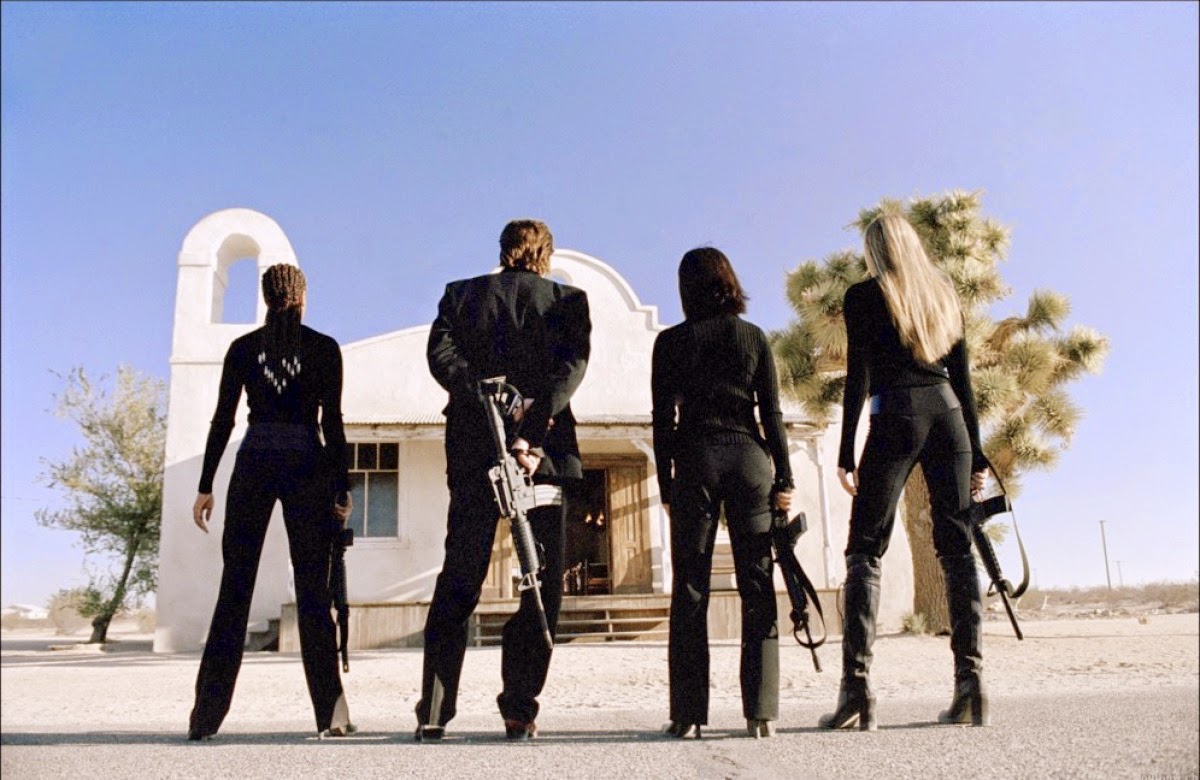 Most of all I didn't give a damn. It was one of those rare movies that made my brain shut off and let me cringe and cheer and gasp on a very basic, primal level, no intellectualizing required. And that's weird for me, because I love over-analyzing inconsequential pop culture stuff. At the time it was one of the most visceral things I had ever seen. It demanded that I sit down and shut up, pay attention to this ultra-violent nerdfest, and my brain obliged.

A good decade later, my brain has had some time to turn on again. It knows that Kill Bill is a deeply problematic piece of fiction. I know that it glorifies violence, has strong and iffy ties to the "rape and revenge" genre, that's it's made by a goddamn racist, that it's a Male Gaze Extravaganza, that it taps into every guilty pleasure I have, that it uses sexual and physical abuse of children as gaudy plot points in a spectacle of misguided drama and that a black mamba isn't a goddamn viper. I'm not going to lie: I care about all that. A lot. I feel conflicted about liking this movie as much as I do. I won't argue with anyone who wants to point out the many, many, many flavors of awfulness this movie is marinaded in. I agree. We are on the same side, people who find this movie offensive, repulsive and self-congratulatory fan wank. I'm right there with you.

And I love it despite myself. 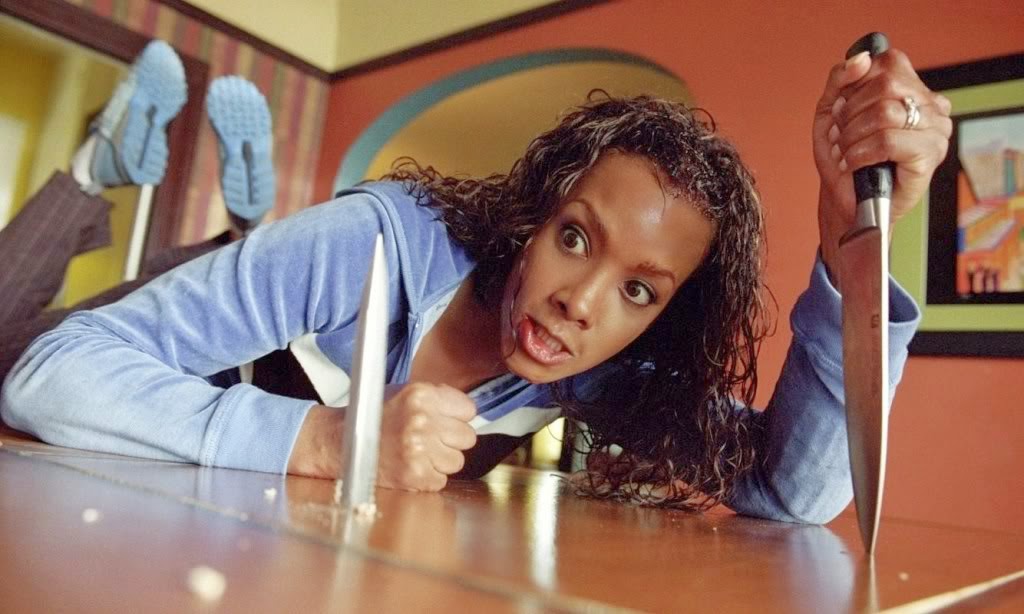 A lot of it is nostalgia. Looking back now, it's amazing how much one movie awakened in me, from my latent sexuality (thanks Lucy Liu!) to my love of Hong Kong martial arts movies, chanbara, exploitation cinema and other assorted geekery. But the main thing I didn't notice at the time, something I recognize now, was that Kill Bill gave me something very new to cheer for: a high-octane, no-holds-barred, over-the-top martial arts dorksplosion featuring an almost completely female cast.

Oh, I know there's a guy named Bill, and Michael Madsen is in it, whatever, who cares. You don't watch this movie to see the Bride kill Bill. Hell, even the second movie treats it as a bit of an afterthought. I don't like volume two nearly as much as volume one, except for the Elle Driver and Karen Kim parts. But mostly it was women, and they were so cool you guys.

Here, watch this video. If you do it right, you can pinpoint the exact moment I had a goddamn sexual awakening. I am categorically not joking. Turn up the goddamn volume.

I've mentioned elsewhere that power fantasies are very personal and subjective beasts, that one woman's power fantasy is another's nightmare. Where some see power, others see objectification. Where some see representation, others see exploitation. There is very rarely a right or wrong side to this debate, as long as we keep to our own experiences and engage in good faith. Which is why I feel comfortable saying that at least for me, the experience was incredibly empowering. When I need to get pumped up for anything (workout, knife fight, marathon Stargate session) Showdown at the House of Blue Leaves always gets me going. Do not ever watch that if ludicrously over-the-top blood and gore aren't your thing, by the way. 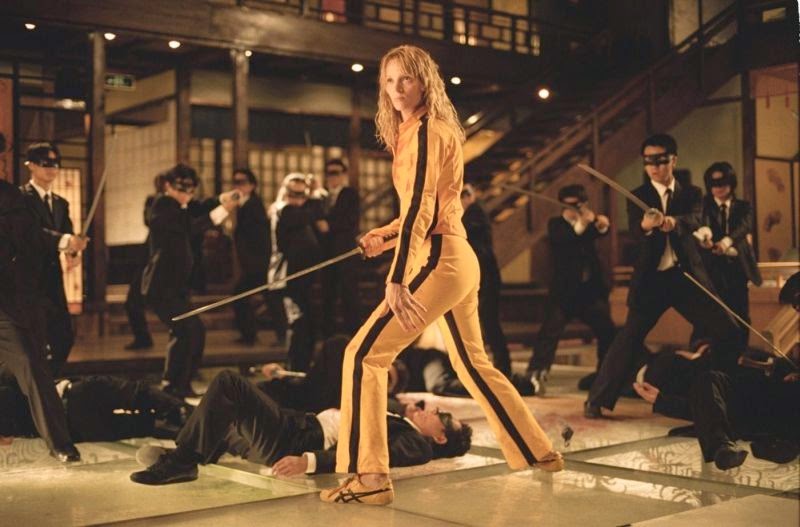 This is personal. I came from a household with very strict and conservative gender roles, from a culture that saw no use for women in action movies besides decoration, and a social circle that wasn't exactly aching to empower me. For a girl like me, this movie was like a cool shower on a stiflingly hot day. I didn't know it back then, I didn't have the tools or vocabulary to deconstruct this, but I knew in my gut and in my bones that something had changed, simply by virtue of seeing these women, these magnificent bastards, these awful, awful people pick up katanas and be just so fucking cool.

Like I said, this isn't a result of me thinking about it. Part of me resists thinking about it, because it seems ungrateful to pick at the thing that meant so much to me as a sad, confused kid. I can't talk about this movie in terms of feminist theory because my brain actively rejects it, and that suits me just fine. But I can tell you that O-Ren Ishii and the Bride and Elle Driver and Gogo Yubari and Sofie Fatale and Vernita Green and Karen Kim and even the unnamed women in the Crazy 88 were the first women I ever respected. 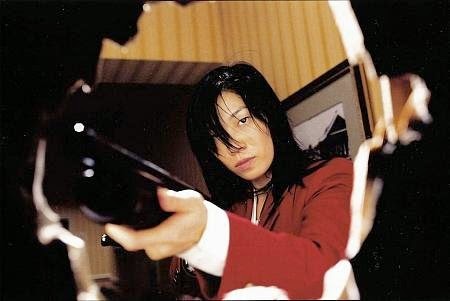 There were other female characters before them that I liked, admired, remembered fondly, understood were good role models, but these women commanded much, much more. I wanted to be like them. If not a yakuza boss or an assassin with an eye patch and no depth perception (although yes please, if you have it) then at least as powerful, commanding, determined and cool as them. Because before Kill Bill, I was so envious of all the ways boys were told they could be cool, furious that I couldn't be cool, frustrated at being told that I liked pink things and shoes and shut up. After Kill Bill, I stopped caring. I still saw it, but the fury was gone. Because I didn't need to care anymore. The proof was there. Women were awesome, evil, magnificent bastards and psychotic caricatures of nerd cool. And any movie that can help me file off and smoothen the sharp edges of gender essentialism gets five stars in my book. 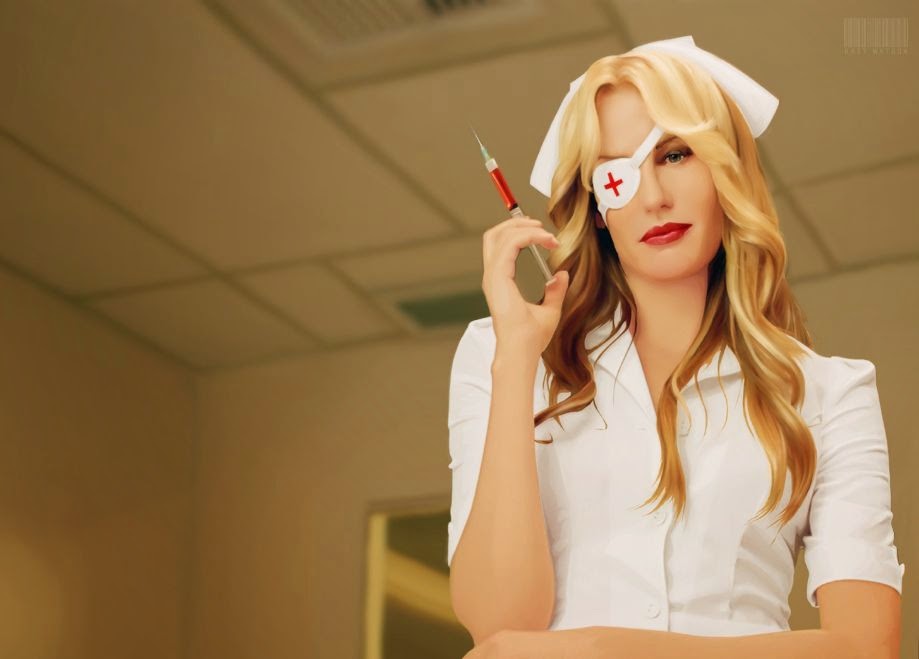 It's such a problematic movie. If you want to tear it a new one in the comments, be my guest, you probably won't get much resistance from me. All I can say is that in my life, it was an immense force for good. It was my own personal Yes We Can (be deranged vengeance machines and terrible, just awful mothers.)

And you know what? In the end, despite having every reason not to, despite it being pretty much the worst decision in cinema history, she did kill Bill. Good for her.