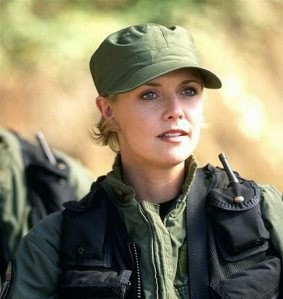 It seems like everyone in the world had childhood heroes and role models except for me.

I hear people talk about the characters that influenced them as children, the characters they looked up to and couldn't wait to see again and again, and I feel so left out you guys. Partially because I didn't grow up with the media the internet typically associates with the early 90s, but mostly because it just didn't work out that way for me. I just don't remember sitting down in front of the TV for one specific character and my candy-addled brain popping an aneurysm every time so-and-so appeared on screen. Except maybe Lisa Simpson? I also had an abusive dickhead brother who everyone liked a lot more than they should. I related to her, I guess. But only in the sense that I desperately did not want to be like her.


But looking back now, as an adult, there was one other character that did it for me. Whenever my mother would let me (which wasn't often, she really doesn't approve of forehead-prosthetic sci-fi silliness) and whenever the Belgian networks deigned to air the shows they actually scheduled to air (even less often), I would watch Stargate SG-1.


It's a fundamentally silly show, really. And that's what I like about it. It's got science portals that hurl you through space and aliens that speak English and Armin Shimerman with a fern on his head. Because of the local networks' infuriating habit of buying entire seasons of a show, then airing them completely out of order, I never got a feel for the metaplot as a kid. That didn't come until I bought the DVD box set as an adult. And then again on Blu-ray. But it didn't matter. I tuned in for the four main characters, and Samantha Carter especially.

I have a personal rule when it comes to representation in the media that has worked for me for a long time now: I don't want any media that works its fingers to the bone to desperately include women. I want media that doesn't go out of its way to exclude women.

That's a super low bar, I realize that, but it's workable in the current climate. And lord almighty, does this show faceplant hilariously at the very first hurdle:

It's the nineties alright.

I don't think I would have watched much further than that if that had been my first introduction to the character as a adult. (Especially not since the next episode is a racially iffy episode where she gets kidnapped by a group of ancient Mongolian aliens and she ends up emancipating the wimminz. Have I mentioned that it was the nineties?) That's basically the opposite of my golden rule, to shine a spotlight on the female character and trumpet from on high: "She is a competent Air Force officer and astrophysicist even though she is a woman!!?!"

And that's the first and last time the show ever did that. From those first shaky episodes onward, the fact that Captain Carter is a woman almost never comes into play again. Understand that this show aired alongside Buffy, Charmed and Xena when I was a kid, doomed as they were to the much maligned "genre show" death slot of the evening. So in my impressionable young mind, Woman Who Kicks Ass had some connotations of her being Different and Special and Other. Their gender came into play every other episode, or so it seemed. And even then I remember noticing that Sam (she goes by Sam) wasn't quite like that. She was part of a specialized team. She went into dangerous situations wearing the same Kevlar and baggy uniform everyone else did. She had military combat training just like everyone else and killed the bad guys by shooting them with guns just like everyone else. Back then I didn't quite know how to parse that, but I knew on some level that Sam wasn't being othered for being a woman, she wasn't the token chick, she wasn't set up for viewers to lust over. On a team that included the hard-ass military commander, the warrior and the scholar, she was the scientist, not the girl. 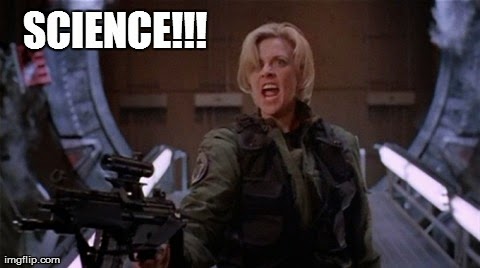 She was their colleague and friend. She got about as many romance and relationship B-plots as the other three. The "nurturing" sub-plots (there's a few) mostly fall on the dudes. The designated team diplomat who wants to use their words to fix the universe is Daniel, not Sam. She saves the day about as often as the others do. She gets into trouble at about the same rate the others do. She gets funny lines and scenes same as everyone. She collects promotions like I did Pokemon. She gets blowed up and bloody like a soldier and does science like a boss, no biggie.


It must have stuck with me. And I'm grateful for it, even if I didn't understand back then that I was getting a very rare and positive message that wasn't all that common, and that I wouldn't see often. I'm glad that I saw TV shows like Buffy and Xena where the main character being female does become an issue for them from time to time, because world we live in and such. But I'm equally glad that I had Sam to counterbalance that. Those other shows made me as a child very aware that they were girls, and I was a girl, and girls are different. I ended up being vaguely afraid, seeing all the pushback and trouble those heroines got for being girls. Samantha Carter seemed to be there to reassure me that hey, just because we're girls doesn't mean we're going to be treated like we're different and weird all the time. It's no big deal. Grab an AK and a vest and let's jump in this here science hole.

So in conclusion, here's Armin Shimerman with a fern on his head. 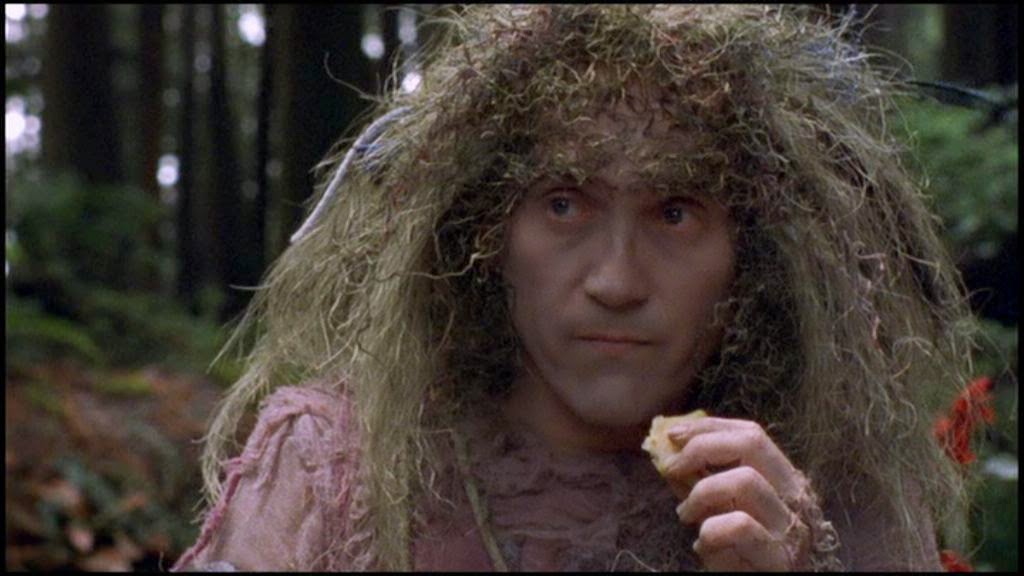